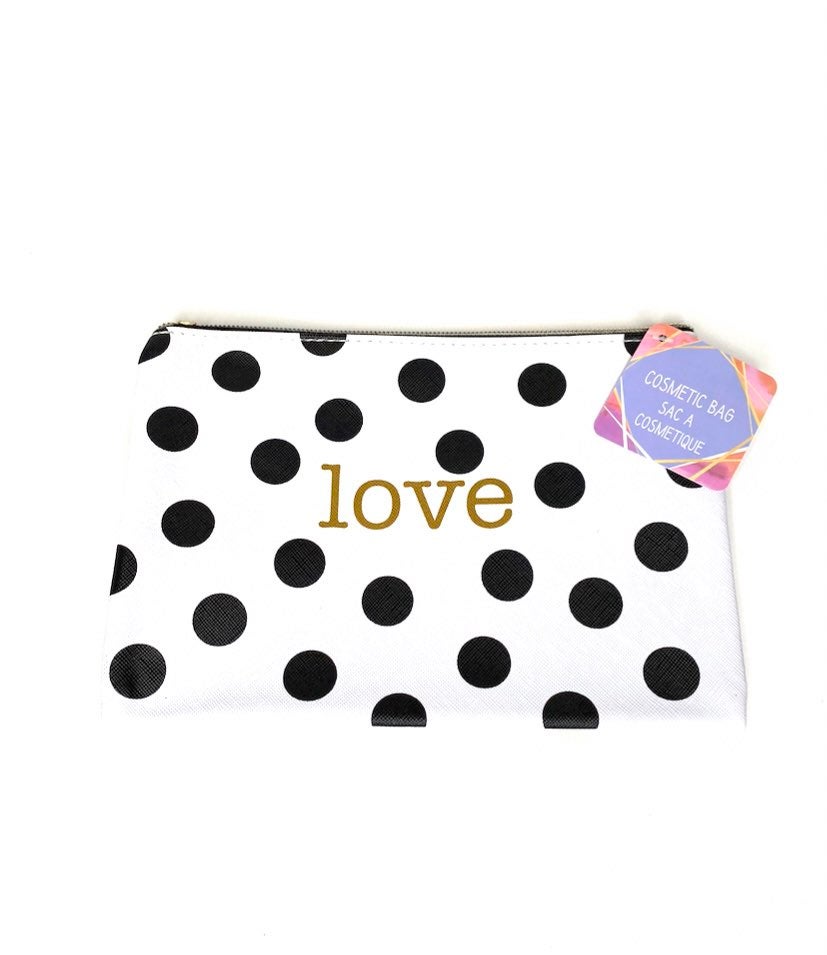 This Polka Dots Cosmetic Bag is pretty and girly has “ Love ” printed on it. It has a good amount of space to put your makeup, accessories in. It’s also, faux leather material, water- resistance in you can travel with it where ever you go